The terrace of miners' houses built in dark red brick from the Bestwood Brickworks, were built by the Lancasters, the owners of the colliery, in 1876. The architect Thomas Worthington was an advocate of better-quality housing for the poor and each property has its own front and rear garden and were considered to be some of the best houses built for colliery workers in the East Midlands. 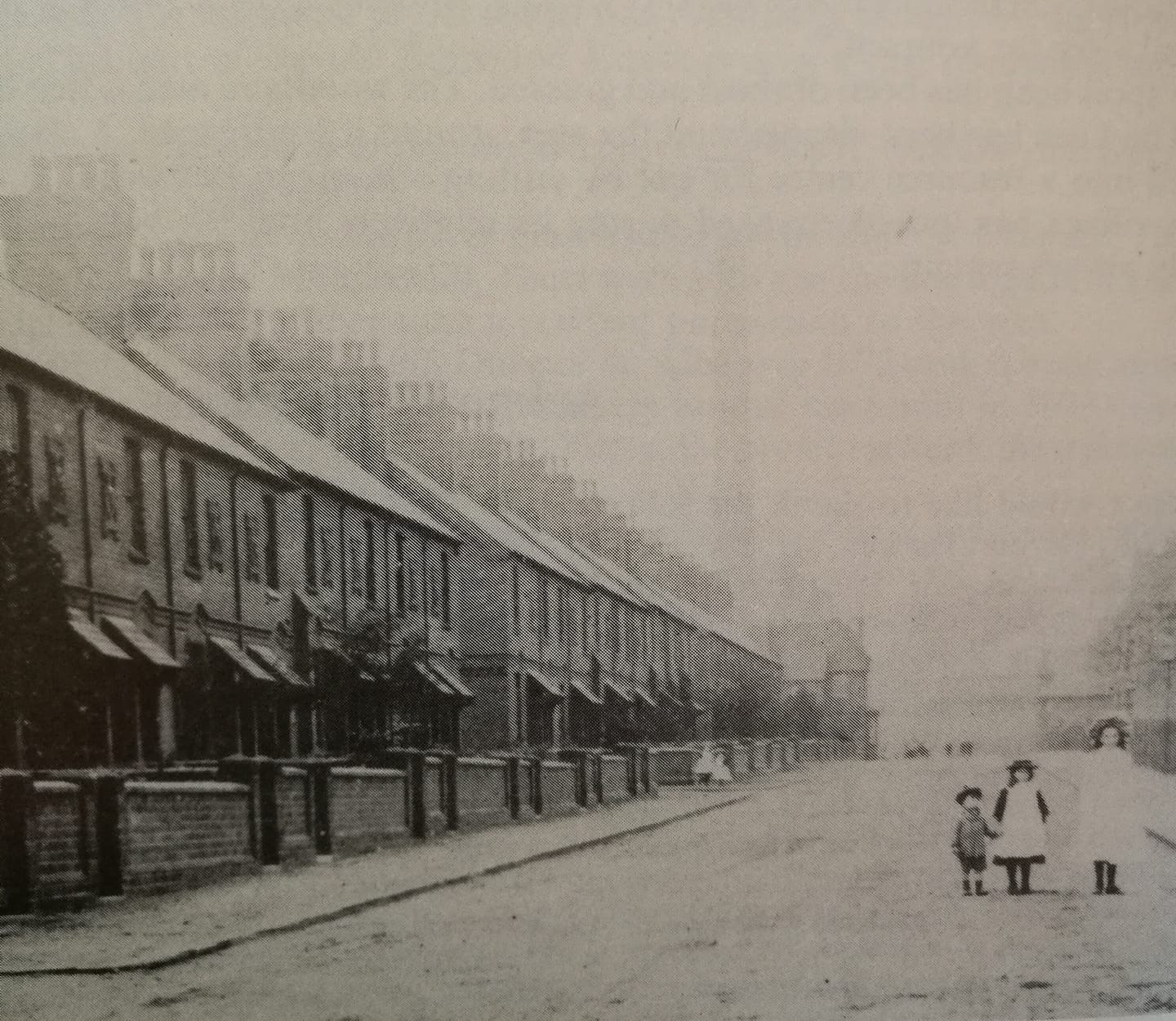 The houses on The Square and St Albans Road were built for the foremen of the colliery and are larger and of greater architectural design to those on Park Road, reflecting that status.  There were also allotments for the miners on what is now The Square. 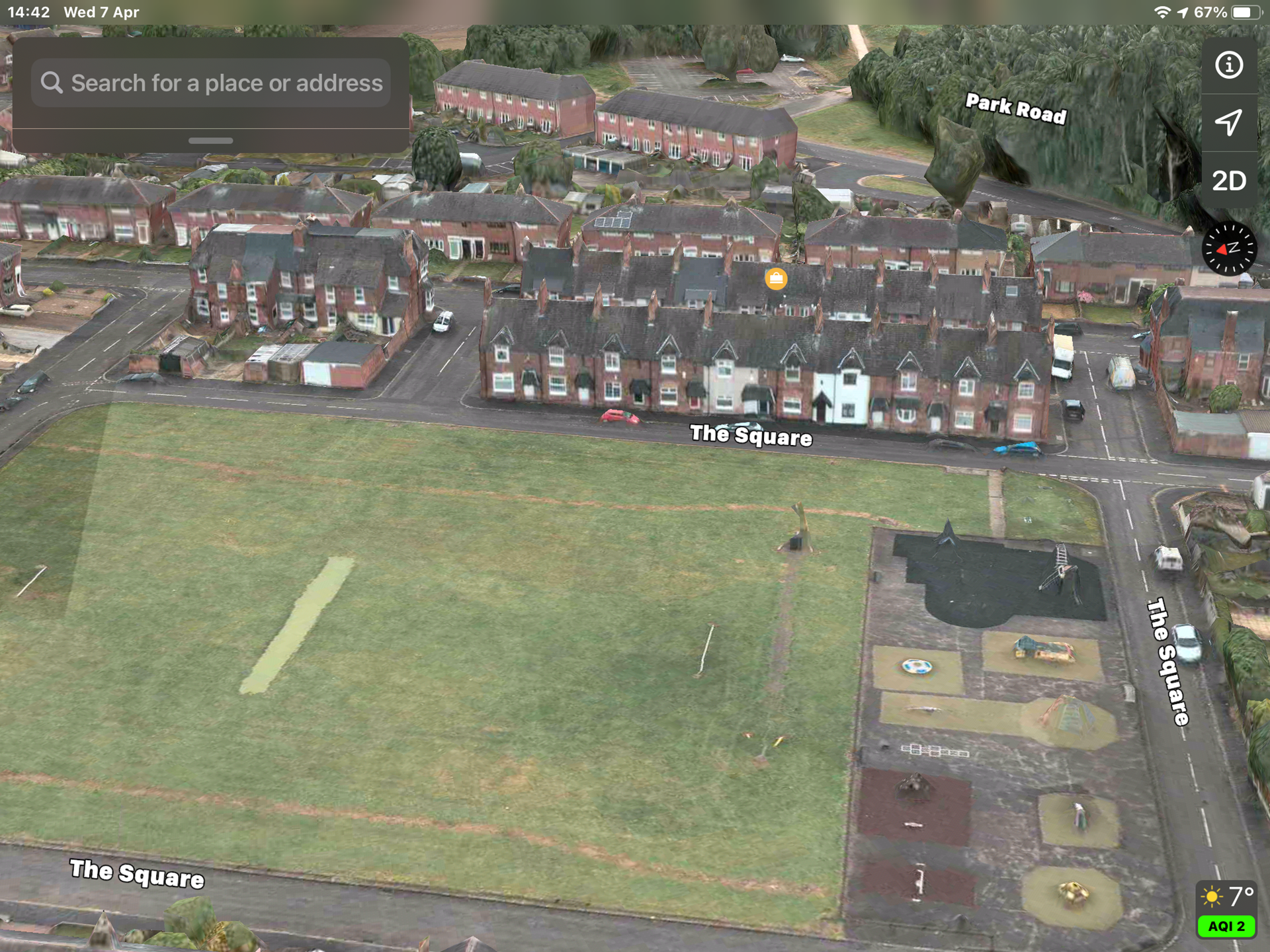 The square as it is now.